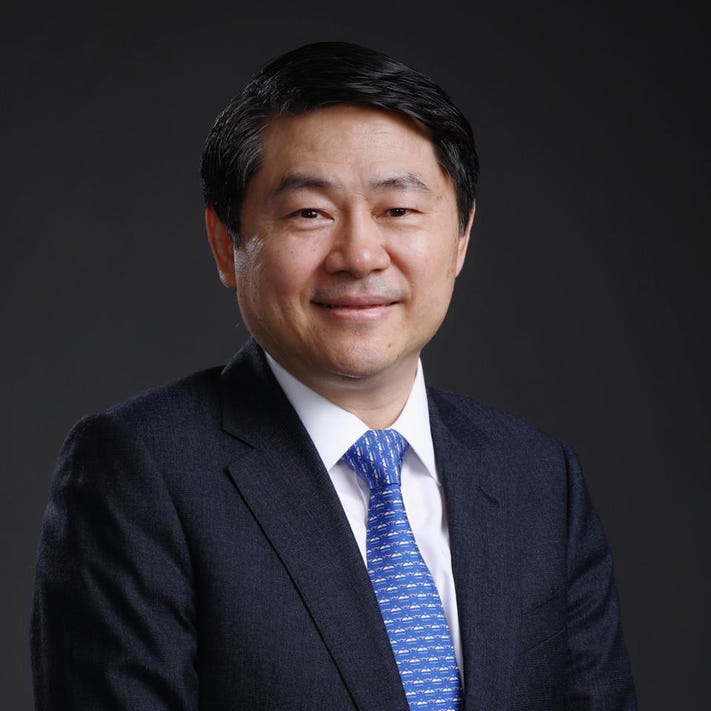 Continuing high levels of U.S.-China trade and a return to pre-pandemic levels of visa issuance for Chinese students heading to the U.S. underscores how the two countries are working together at a time of heightened geopolitical disputes between them, the president of one of the mainland’s top think-tanks said at the U.S.-China Business Forum organized by Forbes China on Thursday.

“We can collaborate in many ways,” including the fight against climate change and infrastructure building in countries beyond the U.S. and China, as well as in education and trade, said Henry Wang, founder and president of the Beijing-headquartered Center for China and Globalization(CCG).  “We should not decouple,” Wang said. “We should not project ourselves as (being in) a ‘Cold War’ or even a ‘tech war,’” he said.  “We have many other things to work on.”

Differences on geopolitical issues were starkly evident in a speech by U.S. Vice President Kamala Harris in Singapore today. “We know that Beijing continues to coerce, to intimidate and to make claims to the vast majority of the South China Sea,” Harris said, according to a report by the Associated Press. “Beijing’s actions continue to undermine the rules-based order and threaten the sovereignty of nations.”

Hoped-for progress on agreements between the U.S. and China may have been affected by changes in top U.S. posts after the Biden administration took office earlier this year, Wang said.  Biden only last week nominated career diplomat Nicholas Burns to fill a vacancy as U.S. ambassador to China that has been open since last year.    “I can understand (Biden) has many concerns domestically,” Wang said. However, he continued, “the world cannot wait for the U.S. and China to work together.”

Wang suggested that the U.S. drop import taxes unilaterally imposed under Trump, in favor of multilateral solution at the World Trade Organization. “Let’s get the WTO revitalized,” he said, noting a scheduled ministerial-level conference there in November.  A sweeping global agreement this year on a minimum corporate taxation, supported by both the U.S. and China, also suggests a way toward other economic collaboration, Wang said.

Wang also suggested that Biden and China President Xi Jinping take advantage of a G20 meeting later this year to meet in person, and that the U.S., Europe and China hold a three-way gathering to try to work out more areas of consensus among them.

Education exchanges have picked up this summer. U.S. State Department data shows that Washington began to increase visa approvals for Chinese students in earnest in May, with the latest numbers of F1 visas – the most common type of student visa – reaching similar levels for those granted before the Covid-19 outbreak in late 2019, the South China Morning Post reported today.