Wang Huiyao: Build back better vs belt and road- to improve infrastructure, competition must yield to cooperation

■ With the US and Europe now seeking to outcompete China in funding infrastructure programmes across the developing world, the benefits of such goodwill can only be undermined by uncoordinated development. 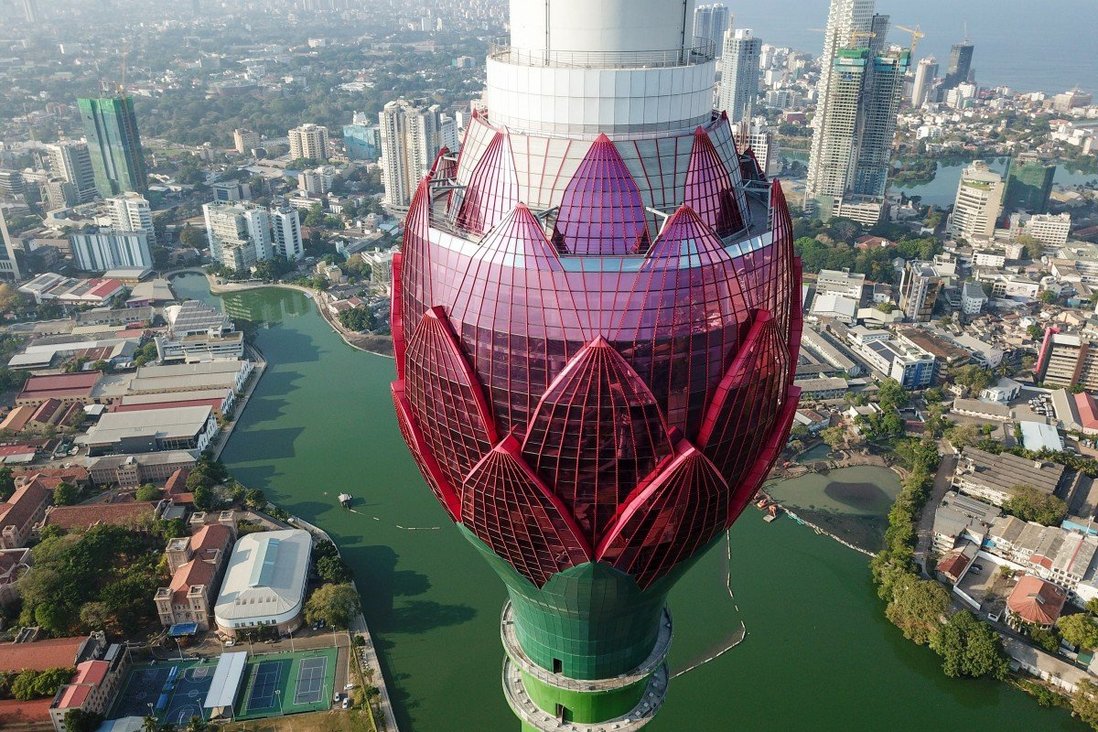 The Lotus Tower in Colombo, Sri Lanka, which was built under the Belt and Road Initiative, is seen in April 2019. A trilateral infrastructure dialogue between China, the EU and the US is needed to better coordinate global infrastructure investments. Photo: Xinhua

The agency is just the latest initiative in what is becoming an increasingly intense and acronym-laden field of strategic manoeuvring and competition. In June, G7 leaders backed US President Joe Biden’s Build Back Better World (B3W) initiative, designed to meet the infrastructure needs of low- and middle-income countries. In September, European Commission President Ursula von der Leyen announced the EU’s new connectivity strategy, the “Global Gateway”.

The language that has accompanied these announcements makes it quite clear they are spurred by the rise of China and a desire to provide “alternatives” to the Belt and Road Initiative.

Whatever the motivation, the increased attention on global infrastructure is long overdue. After decades of underinvestment, the world faces an infrastructure financing shortfall of US$18 trillion up to 2040.

The need to close this financing gap has become clearer amid recent developments, such as frequent climate-related disasters, the shortcomings of global public health infrastructure exposed by the pandemic, and the current global supply chain challenges.

Prompt and decisive action is needed to mobilise capital to spur the global recovery and build for long-term goals related to climate, resilience and inclusivity. Unfortunately, while rich countries such as the US unveil trillion-dollar infrastructure plans, few developing countries have the fiscal breathing space to build anything much at all at the moment, especially in the wake of the economic fallout from Covid-19.

If the uptick in competition on infrastructure results in more funding for developing countries, that can only be a good thing. However, without proper coordination, these different programmes may not mesh well. To improve global connectivity in an efficient manner, the challenge must be addressed holistically by different actors working together.

When introducing the EU’s Global Gateway initiative, von der Leyen described it as designed to suit a “new era of hyper-competitiveness”. The problem with this framing is that, compared to a more collaborative approach, channelling investment through competing and uncoordinated initiatives will lead to inferior outcomes, especially for local communities.

The benefits of a new bridge or power station are reduced without the right connections around it. Conversely, the positive impact of infrastructure is multiplied when investment is coordinated across a broader geographical area. We have to ask ourselves whether global infrastructure investment should be oriented to geopolitics or global public goods – because these considerations are not always aligned.

So, what to do? First, it is important that we establish mechanisms to promote cooperation in this field and prevent infrastructure from simply becoming another arena for geopolitical competition.

One example could be a trilateral infrastructure dialogue between China, the EU and the US, to better coordinate investments, exploit synergies across the Belt and Road Initiative, the Build Back Better plan and the Global Gateway initiative, and avoid wasteful overlap.

Policymakers could also consider forming a new multilateral platform to enable long-term planning and coordination between multilateral developments banks and actors from the private and non-governmental sectors.

It would be a positive step if the major powers were willing to participate in each other’s initiatives, even if in a limited way. In his video meeting with Biden on November 15, it was notable that President Xi Jinping reaffirmed that all global initiatives proposed by China – including the belt and road – are open to the US. Likewise, it would be good if China is willing and able to participate in initiatives led by the US, EU and other parties.

Given our shared interests in decarbonising the global economy, green infrastructure is a particularly promising area for cooperation. Such partnerships could also bring tangible rewards in third markets by combining the complementary strengths of China, the EU and the US.

For example, China is a top manufacturer of climate-friendly technologies such as wind and solar panels; while European and American firms are leaders in systems that integrate these products into power grids and cities.

Digital infrastructure is another priority area for cooperation, especially in the wake of the pandemic which has spurred online work and study. At present, 3.7 billion people still lack internet access, but digital infrastructure accounts for only around 1 per cent of total multilateral development banks’ commitments.

Closing this digital divide will require participation from the private sector, especially hi-tech enterprises. New diversified financing models are needed to mobilise the right mix of public and private investment. This is an area where China, the EU and the US have different strengths in terms of capital, technology, talent, management experience and regulatory systems.

While digital infrastructure has already become a new front for geopolitical competition, there would be much to gain from greater cooperation in this area.

To highlight the scope for cooperation on global infrastructure is not to deny its geopolitical dimension. But connectivity is certainly not a field of zero-sum competition.

Given our shared planetary challenges, not least the looming climate crisis and economic fallout from the pandemic, the stakes are too high to simply allow infrastructure efforts to descend into an alphabet soup of competing initiatives. If we truly want to “build back better”, then surely it would be helpful to find more ways to “build back together”.