Japan should be open to China joining the CPTPP

Leaders pose for a photo during the RCEP Summit in Thailand, in November 2019: CPTPP goes much further with tariff reductions and trade facilitation.   © Anadolu Agency/Getty Images

Professor Wang Huiyao is founder and president of the Center for China & Globalization and dean of the Institute of Development Studies at Southwestern University of Finance and Economics in Chengdu.

On the one hand, there is “Economic Asia,” a vibrant, integrated region with an economy worth over $30 trillion that is the most dynamic on Earth and an engine of global growth. On the other hand, there is “Security Asia,” a fractious and increasingly militarized region riven by mistrust, nationalism, historical antagonisms and territorial disputes.

Though crude, this dichotomy captures something of Tokyo’s balancing act as it seeks to navigate a changing world. Like the rest of Asia, Japan is being pulled in two different directions as new trade pacts reinforce trends toward peaceful integration, even as growing security concerns cause friction in the region.

Japan has long been a driving force in forging a more integrated and prosperous economic Asia. It set up the Asian Development Bank in 1966 and gave development assistance to support China’s reform and opening-up in the 1970s and 1980s.

After the Asian financial crisis in the late 1990s, Tokyo pushed for monetary integration measures that led to the Chiang Mai Initiative currency swap arrangements. More recently, Tokyo led the Comprehensive and Progressive Agreement for Trans-Pacific Partnership (CPTPP) to fruition after the U.S. pulled out and was a founding member of the Regional Comprehensive Economic Partnership (RCEP) trade deal.

In contrast, forces pushing Japan to focus on security Asia are never far away. Conservatives remain determined to amend the nation’s pacifist constitution and Tokyo has signed up to new security arrangements like the Quad and reciprocal access with Australia’s defense forces. 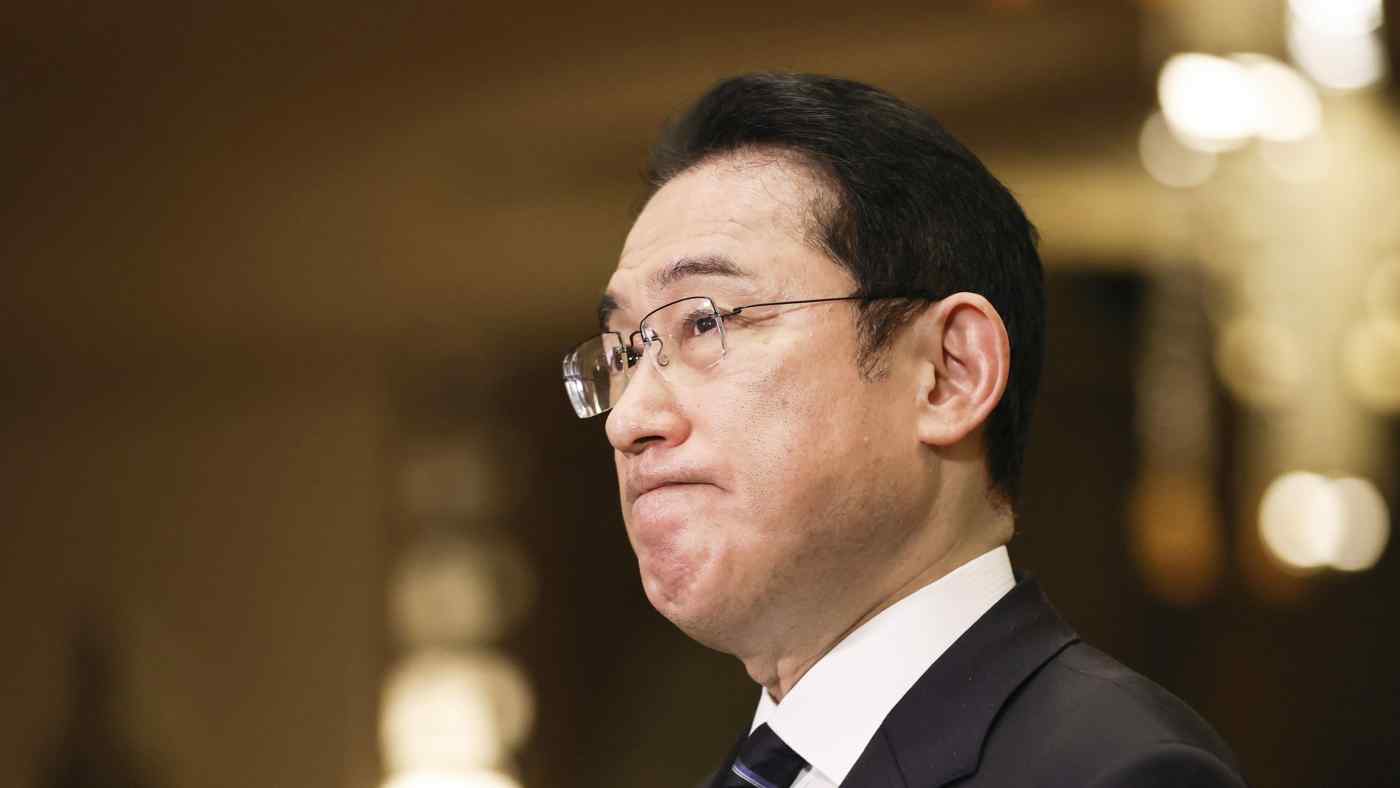 Fumio Kishida speaks to reporters in Tokyo on March 23: Balancing economic and security interests amid U.S.-China competition will be Kishida’s most important foreign policy task.   © Kyodo

Following Russia’s invasion of Ukraine, Prime Minister Fumio Kishida has sought to reinforce ties with NATO and Washington to bolster Japan’s security, and former Prime Minister Shinzo Abe has even raised talk of nuclear weapons and is agitating for a sharp increase in defense spending.

Balancing economic and security interests amid U.S.-China competition will be Kishida’s most important foreign policy task. This year, on the 50th anniversary of the normalization of ties with China, he faces several decisions that will set the tone for Tokyo’s future relationship with Beijing. Perhaps the most significant is what stance to take on China’s application to join CPTPP.

As he considers this question, Kishida should keep an open mind and draw on the legacy of the Kochikai faction he leads, which has traditionally emphasized economic diplomacy and healthy ties with China.

His current focus on narrow security alliances is understandable in the wake of war in Ukraine. But in the long-term, Japan’s interests, both in terms of its domestic economy and long-term security, are best served by ensuring that Asia remains on a stable, rules-based track to become more integrated, more cohesive and more prosperous.

CPTPP is an ideal vehicle to achieve this, and China appears increasingly ready to play ball. On Feb. 3, Chinese customs announced it would trial CPTPP rules in the nation’s free trade zones. On March 1, vice minister of commerce Wang Shouwen affirmed China’s willingness to “fully meet” the high standards of the trade pact.

So far, Kishida’s reception of Beijing’s application has been tepid. But there are good reasons why Tokyo should be open to China joining CPTPP.

First, it would support Kishida’s domestic agenda to spur domestic growth and equality. Although Japan and China are both members of RCEP, CPTPP goes much further with tariff reductions and trade facilitation. Including China would increase Japan’s real income gains from CPTPP in 2030 by $68 billion and quadruple worldwide income gains to $632 billion a year, according to projections by the Peterson Institute for International Economics, a Washington-based think tank.

Since 2020, China has replaced the U.S. as the top destination for Japanese goods. Last year, exports of food, farm, forestry and marine products to mainland China soared by 35.2%. Under CPTPP, Japanese farmers and workers would be ideally placed to benefit from the growing demand of China’s massive middle class. There would also be benefits for Japanese multinationals, for whom China continues to be a crucial manufacturing hub.

Second, even before potential trade benefits come to fruition, accession negotiations could provide a platform for productive dialogue with China. This would widen Kishida’s scope for diplomacy and support efforts to promote regional harmony.

Third, China’s application to join CPTPP is a one-off opportunity for Tokyo to exert influence and encourage what is soon to be the world’s largest economy to evolve in line with the highest international standards.

These include behind-the-border issues such as economic, industrial and environmental policies. As well as benefiting Japanese companies and energizing China’s reforms to build a modern, open economy, this would also help alleviate wider trade tensions, including with the U.S., creating a better global environment for Japan’s development.

CPTPP is one pathway to deeper integration and eventually realizing a Free Trade Area of the Asia Pacific. But it is not the only one. If the CPTPP door is prematurely shut to China and other countries, momentum may shift to alternative tracks like RCEP. This would not be in Japan’s interests, given that this would be a process geared to lower standards over which Tokyo has less say.

For now, any prospect of China entering CPTPP remains distant. Accession negotiations are bound to be long and arduous. Other members remain divided on China joining and unanimous consent is required for accession. There is also the thorny issue of Taiwan, which has applied to join despite Beijing’s opposition.

Still, Japan has put itself in an advantageous position by taking up stewardship of CPTPP, and its stance on China’s application will hold considerable sway. Moving forward, Tokyo should build on its achievements in helping to realize a thriving economic Asia and not allow hawkish voices to foreclose viable routes toward long-term stability and prosperity in the region.