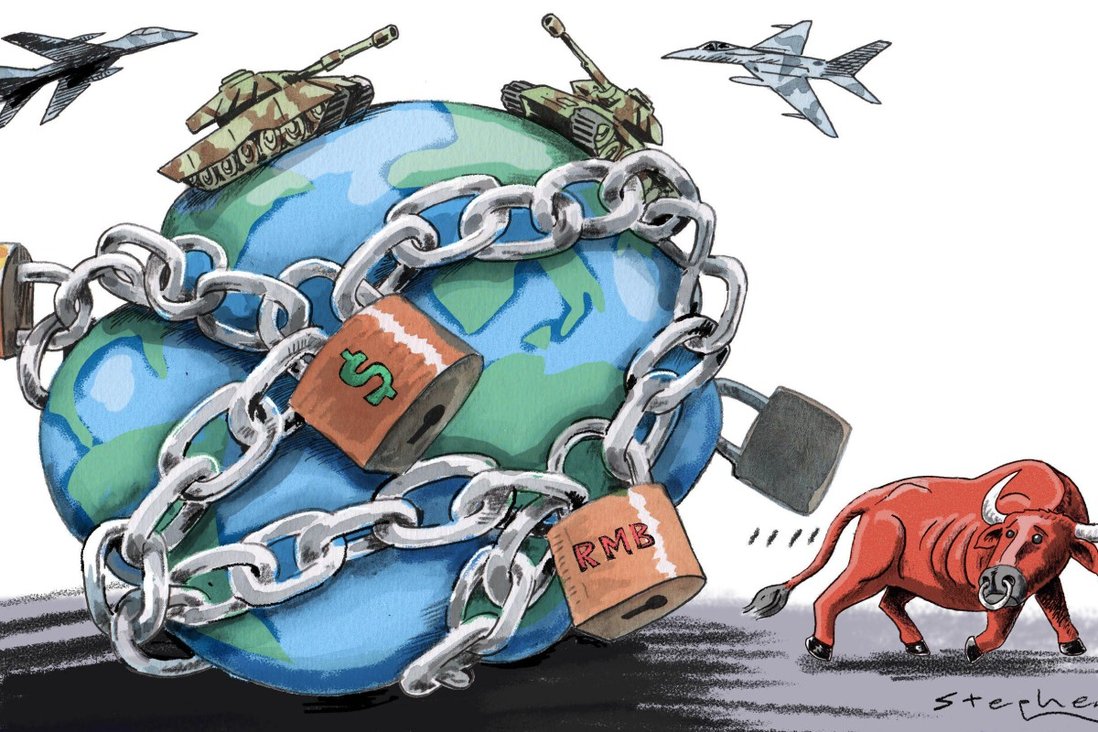 ■ The world order that drove globalisation and allowed prosperity to spread is crumbling and being replaced with one based on security rather than economics.

■ New security arrangements can lead to a spiral of mutual suspicion, stifle growth and innovation, and hamper our ability to address global threats like climate change.

It is hard to escape the feeling that we are at a decisive moment in history that will determine the future for a long time to come. Our world is riven by the Covid-19 pandemic, great power rivalry and now the war in Ukraine.

Challenges are multiplying as economic recovery sputters, the rate of technological change accelerates and global threats such as climate change intensify. Multilateralism is in disarray and the old world order is dying, but a new one is yet to be born.

Will the new world that emerges from this tumult be prosperous and peaceful? Will we be able to cooperate and manage global challenges, or will globalisation and the international order that supports it collapse?

In 1945, architects of the post-war order such as US President Harry Truman and Secretary of State Dean Acheson pondered similar questions as they surveyed a world destroyed by two global conflicts. A decade earlier, the Great Depression brought a vicious spiral of protectionism, economic hardship and nationalism that crippled global trade and sowed the seeds of war.

These leaders knew they had to prevent that cycle from repeating. They launched the Marshall Plan to rebuild European economies and formed the International Monetary Fund, World Bank and what would eventually become the World Trade Organization (WTO). Together, these institutions provided a framework for long-term economic cooperation that fed a virtuous cycle of openness, trade, prosperity and stability.

Economic cooperation was the foundation of the recovery from World War II, and it also helped us rebuild from the 2008 global financial crisis. Unfortunately, as we begin to emerge from the pandemic, current trends more resemble the isolationist 1930s than the post-World War II period.

The market integration that began in 1945 and spread after the Cold War is waning. Security is overtaking economics as the driving force behind international cooperation, especially after Russia’s invasion of Ukraine.

The securitisation of foreign policy is perhaps most evident in the United States. Since former US president Donald Trump crippled the WTO and withdrew the US from the Trans-Pacific Partnership, Washington has focused on strengthening military alliances and forging new security arrangements such as the Quad and Aukus.

Russian President Vladimir Putin’s invasion of Ukraine has caused a sea change in foreign policy across Europe. The European Union plans to create a rapid deployment force, and countries are abandoning long-held taboos. Germany is increasing its military spending, and Finland and Sweden are moving towards joining Nato.

The picture is more mixed in Asia. The region has become a focus of economic multilateralism, but at the same time security concerns are rising.

The Quad is becoming more active, and the incoming administration in South Korea has expressed interest in joining. In Japan, some conservatives are pushing to revise the constitution and abandon pacifism.

Last month, China confirmed it had signed a security agreement with the Solomon Islands. Military spending is on the rise across Asia, growing by almost 50 per cent between 2010 and 2020.

The past two years have shown how vulnerable we are to supply chain disruptions. Shifting priorities from efficiency to resilience and security is understandable and desirable, but now there is a danger the pendulum will swing to the other extreme.

Countries might withdraw from globalisation, only trading with small groups of allies or even retreating into autarky. Turning away from free trade and pursuing narrow conceptions of national security in dealing with other nations will not make us safer. Instead, it will make the world more dangerous, poorer and more prone to global threats such as climate change.

First, history suggests new security arrangements could have a destabilising effect by creating a security dilemma. One state’s actions to enhance its security, such as forming a new alliance, could make others feel less secure. This could trigger countermeasures and a spiral of mutual suspicion, leaving the original state less secure.

This dynamic emerged in the years leading up to World War I. European countries forged alliances to enhance their security but became what Henry Kissinger called a “diplomatic doomsday machine”, allowing the assassination of Archduke Franz Ferdinand of Austria to ignite a deadly global conflict.

As new security initiatives create risk, curtailing free trade and investment also weakens the benefits of these linkages. Putin’s invasion shows economic cooperation doesn’t prevent war, but it can still be a force for stability by linking countries’ interests and humanising trade partners. Containers and cargo vessels at the Qingdao port in Shandong province, China, on May 9. There is a danger that countries might withdraw from globalisation, only trading with small groups of allies. Photo: China Daily/Reuters

Second, turning inward will stifle growth and innovation at a time when the global economy is already under severe strain from inflation, supply chain disruptions and the war in Ukraine. This risks tipping billions of people into poverty, destitution and hunger.

Prices will only go higher if we reconfigure supply chains for security rather than efficiency. As a recent report points out, the way to make supply chains more resilient is by more diversification, not less.

Finally, turning our focus from economic cooperation to traditional security concerns will hurt our collective ability to address global threats. Progress on developing solutions will falter if US and European scientists collaborate less with their Chinese and Russian counterparts. Our ability to implement joint solutions will also suffer if global cohesion and governance mechanisms are further weakened.

World leaders must recognise these risks and their power to shape what kind of world emerges from the pandemic and the war in Ukraine. We must not allow security concerns to dominate policymaking and make our world more fragmented and militarised.

Instead, we must find ways to ensure economic cooperation thrives so we can build a world that, even if divided, is peaceful, prosperous and better protected from planetary disasters.