■ Countries that economically or militarily depend on both powers are in increasingly difficult positions.

■ China can better pursue its interests with these countries by increasing face-to-face interactions and strengthening human relations. 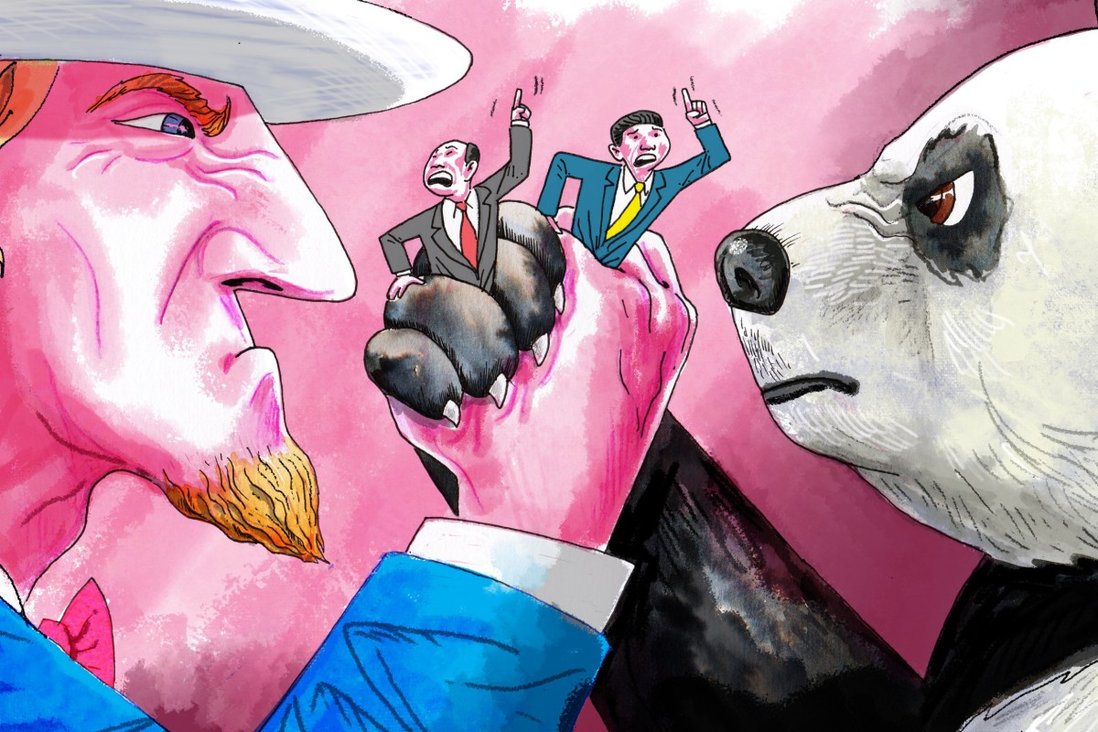 As great power rivalry intensifies in the wake of US House Speaker Nancy Pelosi’s visit to Taiwan, Asian countries that look to China for prosperity and the United States for security face an increasingly difficult task in navigating tensions between the two sides.

Perhaps no country better illustrates this than South Korea. China provides almost 30 per cent of South Korea’s material parts imports and absorbs nearly a quarter of its exports – more than the US and Japan combined. At the same time, South Korea relies on the US security umbrella to counter the threat from North Korea and is home to around 30,000 US troops.

Seoul now faces tough choices that will affect its relations with the US and China. These include whether to deploy the US-made Terminal High Altitude Area Defence (THAAD) anti-missile system and whether to join US President Joe Biden’s Chip 4 alliance.

More Asian countries will be caught in this kind of bind as the rivalry between China and the US unfolds. But despite growing pressure at home and abroad, policymakers in Seoul and other Asian capitals oppose being forced into binary choices. They are striving for a third way that preserves a degree of neutrality and allows for continued cooperation with both powers.

This was the key takeaway from our recent visits to Seoul and Singapore, the Asia leg of a global engagement tour by the Centre for China and Globalisation that also included stops in Berlin, Brussels, New York, Paris and Washington.

In Singapore and South Korea, we met scholars, business leaders and diplomats to take the temperature of local politics and share views on global issues. These visits also went some way towards reviving in-person interactions with Asian countries after a two-year hiatus.

Our discussions support the view that economic self-interest will continue to provide an incentive for Asian countries to get along with China given its role in the regional economy.

However, facing increasingly negative sentiment overseas, China should not rely solely on its economic gravity to anchor relations with its Asian neighbours. It is also important to cultivate other supportive elements, starting with restoring face-to-face relations that can open the door to deeper exchanges.

China’s public perception challenge is particularly acute in South Korea. The percentage of South Koreans holding a negative view of China has reached a record 80 per cent, according to the latest Pew survey.

Several factors play into this. US involvement and the security situation on the Korean peninsula have long complicated ties between Seoul and Beijing. Public views of China have soured since the dispute over THAAD began in 2016 and have dipped further during the Covid-19 pandemic.

Cultural exchange has been a key channel for building relations between the two countries, but the pandemic disrupted these flows. At the peak in 2017, there were more than 73,000 South Korean students studying in China. That number plunged from 47,000 in 2020 to nearly 27,000 in 2021.

Hopefully, these cultural flows will begin to recover now that foreign students are allowed to return to China. The next step would be to gradually resume Chinese outbound tourism, which constitutes another important cultural and economic link between China and South Korea, as well as other Asian countries.

Like South Korea, Singapore has deep economic ties with China but is also a close security partner of the US. However, in many ways, the situation in Singapore is more conducive to positive relations with China. Singaporeans had the most favourable views among 19 countries polled in the recent Pew survey, with 67 per cent seeing China in a positive light, compared to 51 per cent with favourable views of the US.

During our visit, Singapore’s Deputy Prime Minister Lawrence Wong, who is expected to take over as the country’s next leader, said he wanted Singapore to play a neutral role between China and the US. Compared to Japan or South Korea, where there is more anxiety over China, we found the business community in Singapore more unified in wanting closer ties with China.

Singaporeans, especially Mandarin speakers, tend to see China as an opportunity. This is partly because Singapore is more oriented to services rather than manufacturing and is well positioned as a gateway between China and the world.

Singapore has been an important conduit for China to absorb knowledge from abroad. We visited Nanyang Technological University, which has trained tens of thousands of Chinese government officials since 1992. Enrolment in such programmes has declined in recent years amid China’s modernisation, but Singapore has gained importance as a gateway for Chinese companies venturing into regional or even global markets.

Its open environment has also seen the city state become a hub for global gatherings such as the Shangri-La Dialogue and the Bloomberg New Economy Forum. There is scope for Chinese think tanks to increase engagement with Singaporean counterparts and use the country as a platform to communicate with people across Asia and the rest of the world.

Like many Asian countries, Singapore and South Korea became independent nations during the Cold War and faced intense pressure to side with external great powers. Not being dominated by great powers was part of what prompted Singapore and four other founding members to create Asean in 1967, seeking a “third way” based on regional consensus and cooperation.

That is a hope that still resonates among significant constituencies in Asian countries. It is in China’s interests to support this pursuit of a third way by increasing face-to-face interactions and strengthening human relations with its neighbours rather than relying on its economic muscle alone.