Wang Huiyao: No country is an island in the climate crisis 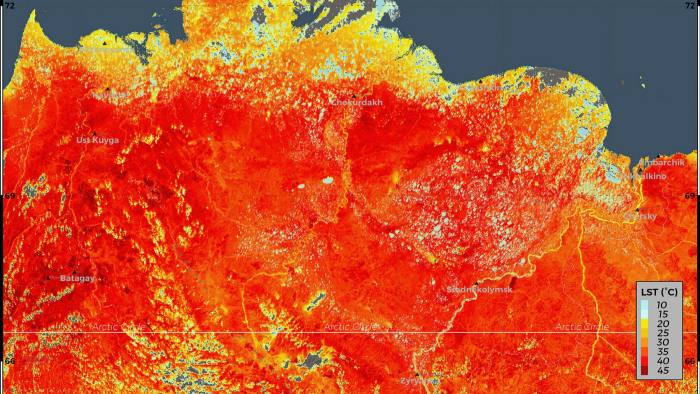 A record-breaking temperature of 38C was registered in the Arctic town of Verkhoyansk on June 20. Photo: © ECMWF Copernicus Climate Change Service/AP

Statistically, the over-70s don’t do well with Covid-19. Unfortunately, the UN seems to be no exception. The pandemic should have been a chance to revive the organisation and prove its relevance during its 75th anniversary. Instead, failure to co-ordinate an effective global response has laid bare its fractures and fragilities. However, that need not be the case for an even greater threat the world faces: climate change.

Following the northern hemisphere’s hottest summer on record, calls for global climate action are at a fever pitch. At the UN’s annual assembly last month, secretary-general António Guterres drilled home again the need for climate-positive action to rebuild economies after the pandemic. Two days earlier, China’s President Xi Jinping made a landmark pledge: the country will be carbon-neutral by 2060. And about a week before that, US presidential-hopeful Joe Biden made a powerful speech putting climate at the centre of his vision. This sees the US rejoining the Paris climate accord and investing $2tn to help the country become carbon neutral by 2050.

It might seem a faint hope at the moment that the world’s two major powers can work together on anything. But the birth of the UN shows that dramatic change is possible when facing a shared existential threat. In 1949, that meant averting nuclear war. The UN has since become politicised and failed to prevent many tragedies. Nevertheless, its core mission has been a success. Since the second world war, there has been neither a global conflict nor a nuclear weapon used in anger.

Fast-forward 75 years and the world again faces risks that no country can manage alone. Like nuclear war, climate change assures mutual destruction if states can’t work together. It will just happen gradually, rather than with a bang.

The collaborative impetus needed to address the climate crisis should go far beyond avoiding catastrophe. Green co-operation represents a chance to create jobs and rebuild more prosperous and equal societies. The World Bank estimates that climate-smart investment opportunities worth almost $23tn have opened up in emerging markets. There are possibilities for cross-border partnerships in decarbonisation. Such activity could produce a political dividend by creating “green ballast” that help keeps global collaboration on an even keel.

The case for post-pandemic green multilateralism is clear. And while the political obstacles are formidable, there are ways to give it a fighting chance.

One challenge is how to kickstart progress. Before the next UN Climate Change Conference in November 2021, major powers should get together under the umbrella of a climate-oriented G10 in order to forge a fresh consensus. Adding China, India and Russia to the existing G7 would expand its representation from 10 per cent to 47 per cent of the world’s population. It would include the world’s six largest carbon emitters. Crucially, it would bridge faultlines between industrialised and developing nations that have hampered previous negotiations. The G10 body would be representative of global climate interests, but also streamlined enough to make rapid progress possible.

Simultaneously, China, the EU and the US should develop a trilateral mechanism to spur green co-operation and climate-oriented reform of bodies such as the UN and World Trade Organization. Working in concert, these three powers have the clout to galvanise reform of global governance and move markets to adopt climate-friendly technologies and standards.

If all this sounds like a fairytale, remember that there is an alternative ending to the story. If we do not harness its cohesive potential, climate change will become a destabilising, geopolitical “risk multiplier”. It will aggravate stress on societies and institutions by exacerbating demographic pressures from climate migration, and will open new areas for rivalry, from Arctic waterways to climate-adaptive technologies and the minerals that enable them. Climate change could also increase the risk of future pandemics by damaging natural habitats and raising the risk of zoonotic transmission.

Clearly, the chance of a green revival of multilateralism hinges on the outcome of the US presidential election in November. And, to be clear, multilateral consensus on climate change will neither stop global rivalries nor solve all the world’s problems.

Nevertheless, it will be an important start. As the UN’s second secretary-general Dag Hammarskjöld famously remarked, the UN’s purpose is not to get us to heaven but to save us from hell. 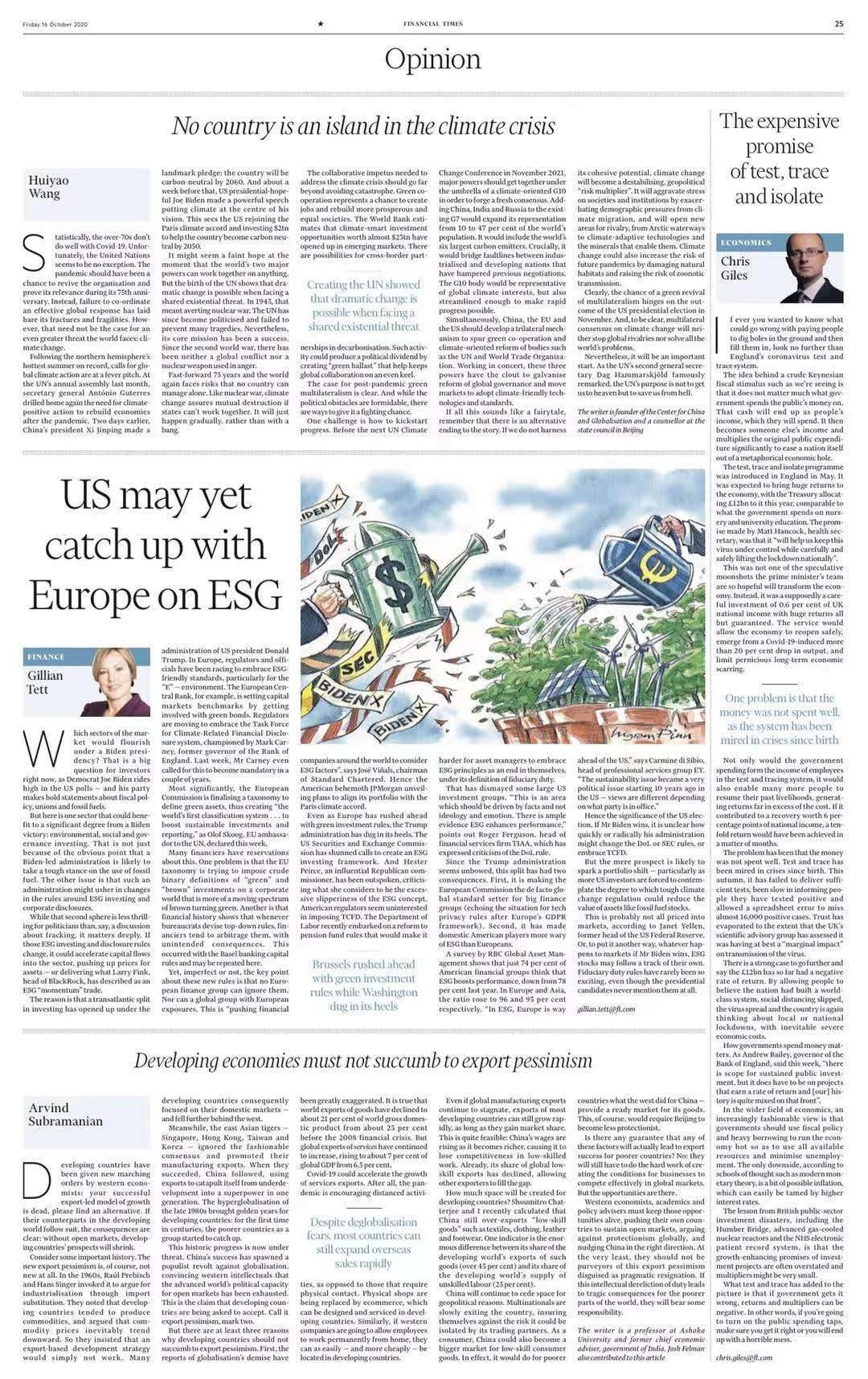