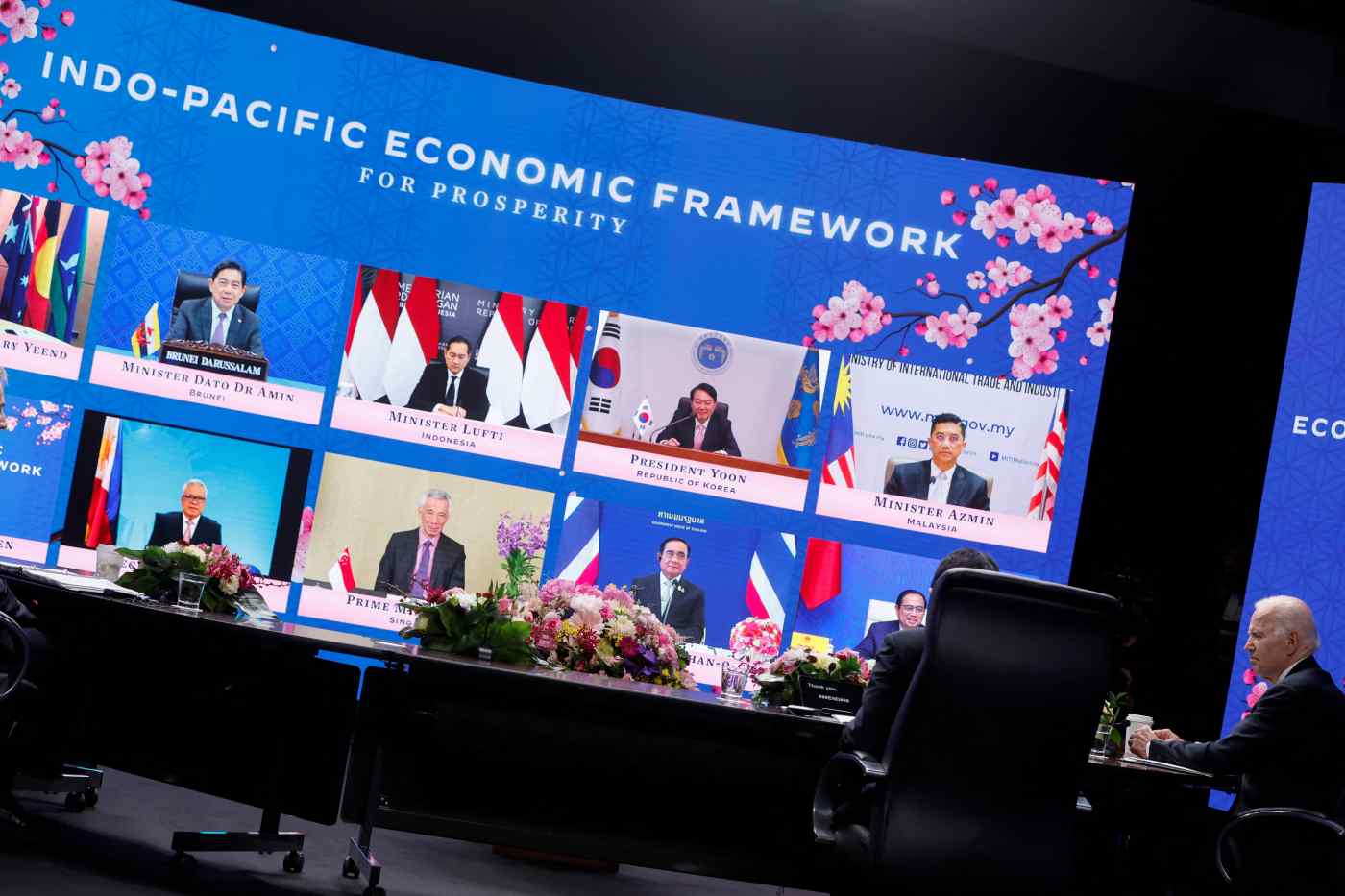 Joe Biden at the launch event of the Indo-Pacific Economic Framework in Tokyo on May 23: Formal cooperation with China on green infrastructure under IPEF may be a tall order.   © Reuters

Professor Wang Huiyao is founder and president of the Center for China & Globalization.

On May 23, President Joe Biden unveiled his Indo-Pacific Economic Framework, a long-sought plan to boost U.S. economic engagement in the region. While details are yet to be fleshed out, the plan will be a tough sell, as reflected by reports that it was watered down at the last minute to attract more countries.

The first problem is credibility. Over the last decade, America’s role in Asia has been a swirl of short-lived acronyms and aspirations that come and go with the political winds in Washington.

After the U.S. withdrew from Barack Obama’s own Trans-Pacific Partnership and the subsequent demise of Donald Trump’s free and open Indo-Pacific, Asian leaders will be forgiven for looking askance at the IPEF, especially with Biden’s own political fortunes flagging and the looming possibility of a second Trump presidency.

The second, larger problem is that IPEF just does not offer much to developing economies. Domestic politics mean that Biden cannot offer the kind of market access incentives that were crucial in persuading countries like Vietnam to accept stricter standards when the original TPP was negotiated. What is left is an American wish list of commitments and little in the way of tangible benefits.

Most countries in Asia welcome deeper U.S. economic engagement in the region. But they do not want to be reduced to pawns on a chessboard and be forced to choose between the U.S. and China, which for most is a far more important economic partner.

As Singaporean academic Kishore Mahbubani points out, Southeast Asian nations are less interested in talk of “freedom” and “openness” and more about the material needs of the region and its recovery from the pandemic.

If Biden wants to secure buy-in for IPEF and prove it is more than a geopolitical tool to further U.S. interests, he will have to show it can deliver practical benefits outside the traditional market-access channel. Looking down the list of items that President Biden outlined in Tokyo, infrastructure and climate change is the pillar that stands out.

The Asia-Pacific is a make-or-break battlefield in our fight against climate change. It is home to the world’s most populous and fastest-growing economies, accounts for over half of global carbon emissions, and is highly exposed to extreme weather events, as shown by the recent heat waves in South Asia. 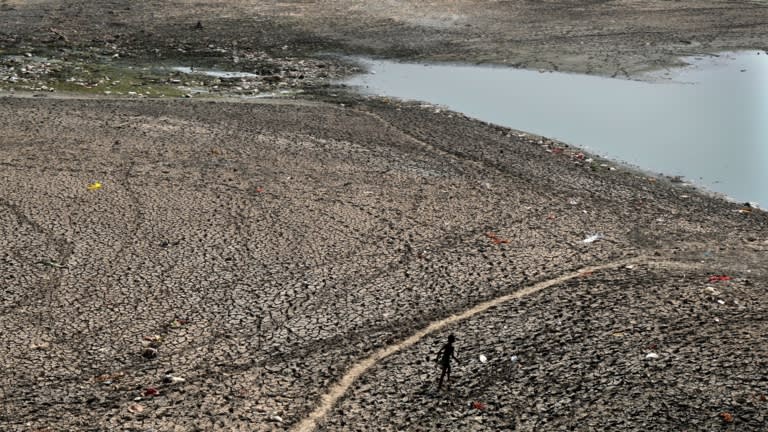 A dried patch of the river Yamuna in New Delhi on May 2: The Asia-Pacific is a make-or-break battlefield in our fight against climate change.   © APHowever, the region also faces significant developmental challenges, including an annual infrastructure spending gap of $1.7 trillion, and is decarbonizing much slower than the global average.

Washington needs to do more than arm-twist countries into more ambitious climate targets if it wants to play a meaningful role in decarbonizing Asia. It should also make a sustained commitment to support investment in green infrastructure, which would accelerate both the transition to clean energy and equitable recovery from the pandemic.

This brings us to the elephant in the room. Can IPEF make a real difference in scaling up climate-friendly investments if it excludes Asia’s largest economy, the hub of its supply chains, not to mention the world leader in affordable infrastructure and renewable energy solutions?

Formal cooperation with China on green infrastructure under IPEF, or for that matter, the Belt and Road Initiative, may be a tall order in the current political atmosphere. After all, Biden’s new framework is crafted for strategic competition with China, which Biden, like his predecessor, sees as the central theme of the bilateral relationship.

However, unlike Trump, Biden takes climate change seriously and is willing to work with China to address it.

As vice president, he played a key role in a program of climate cooperation with China that was instrumental in the 2015 Paris agreement and saw fruitful collaborations between companies from both countries under the U.S.-China Climate Change Working Group. The group was abandoned by Trump but is now set to be revived following a rare bilateral breakthrough at the 26th U.N. Climate Change Conference of the Parties, or COP26, last November.

If they can put aside their differences and work together, the U.S. and China have the clout and complementary capabilities to drive real progress in decarbonizing Asia. China is a top manufacturer of climate-friendly technologies such as wind and solar; the U.S. is a leader in systems that integrate these products into power grids and cities.

There are many synergies to be gained by combining China’s strengths in hard infrastructure with America’s expertise in soft infrastructure, such as standards, governance and institutions.

One step forward would be to form a new action initiative under the revived climate working group to facilitate bilateral cooperation in third countries in Asia. This would allow information sharing, dialogue and some degree of coordination between the U.S. and China in promoting green infrastructure across the region.

It could also be a vehicle to match and enable collaboration between U.S. and Chinese companies in working with host countries to unlock green opportunities in fields such as clean energy, green buildings and smart cities.

Critics of IPEF say it is merely a tool to contain China that offers little benefit to the region. Biden can prove they are wrong by equipping the framework to make a sustained and meaningful contribution to decarbonizing Asia. This mammoth task, on which all our futures depend, can only be achieved if all the key actors work together.

Biden knows that great powers must learn to coexist and face challenges that cannot be overcome alone. He has promised his China strategy will strike a balance between competition and cooperation.

Finding ways to work with Beijing to amplify the green benefits of the IPEF and the BRI would be a great place to start.