CCG wraps up participation in the 2019 Munich Security Conference

The 55th Munich Security Conference (MSC) kicked off on Feb. 15 in Munich, Germany. The three-day event brought together a record number of over 400 senior figures from all over the world, including nearly 40 heads of state and 100 ministerial-level officials, for high-level discussions on a wide range of issues key to international situation. CCG, as the only non-governmental partner of the 2019 MSC from China, has been extensively involved in various speaking and exchange activities and become the first 1st Chinese organization to hold an event at MSC. 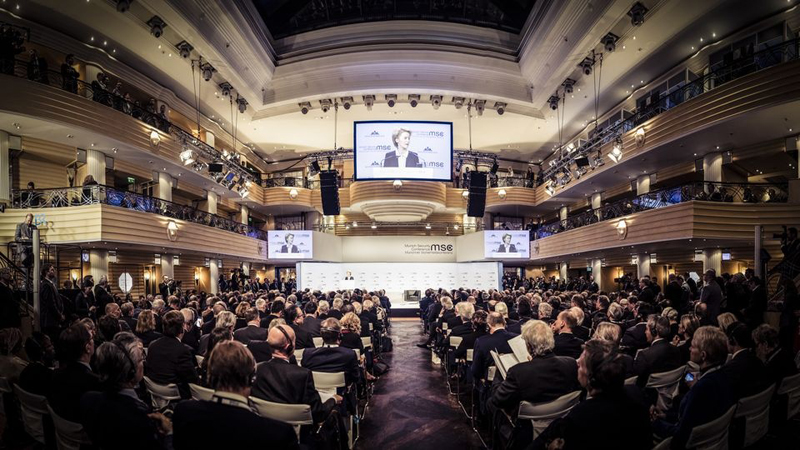 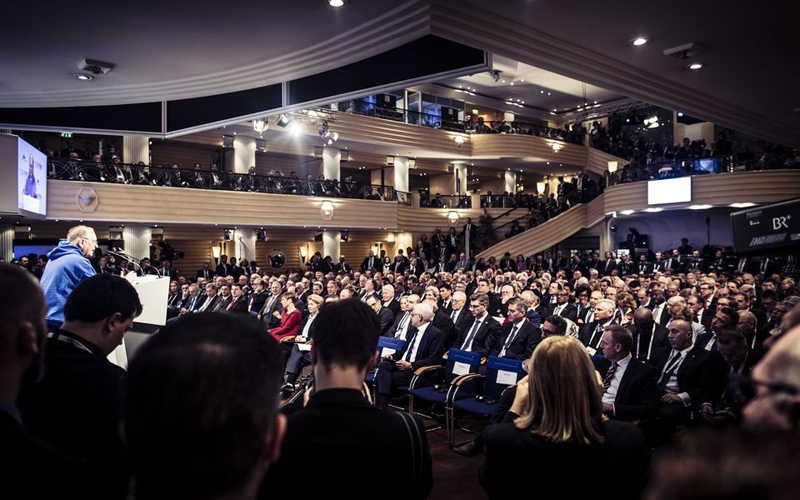 Since its launching in 1963, MSC has become the most important independent forum for the exchange of views on international security policy by leading decisionmakers. The 2019 MSC attracted unprecedented attention this year, as the world is facing acute security challenges further heightened by rising de-globalization and protectionism.

With the 2019 MSC commencing on Feb. 15, CCG President Wang Huiyao was invited to join a panel discussion held by the BMW Foundation on the “Reshuffling the Pieces: Building a New Multilateral Order,” along with Norbert Rottgen, Chairman of the Foreign Affairs Committee of German Bundestag; and Stephen Hadley, former US National Security Advisor among others.

This panel brought together a diverse group of political decisionmakers and foreign policy experts to discuss the future of the multilateral order, how it can be reshaped by newly emerging coalitions of states, and what role responsible leaders can play in the current geopolitical environment. The panelists shared their interpretations and suggested solutions to these key global security issues, with all being in agreement that it requires a global mindset to shift nationalist politics to responsible leadership. 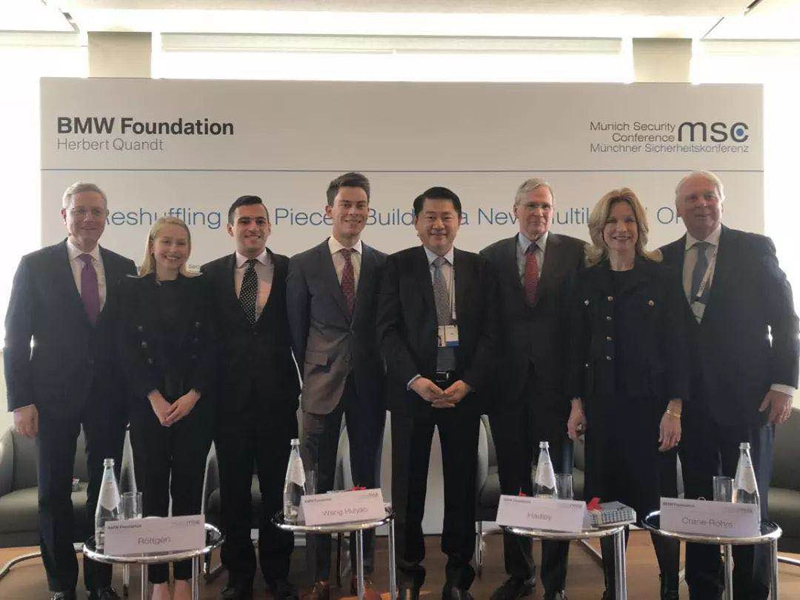 Again, as the only panelist from China, Dr. Wang was invited to a final parallel panel discussion on Feb. 15, co-hosted with the World Economic Forum, titled “Make Competitors Trade Again: From Confrontation to Cooperation?” Those also sat on the panel included IMF Managing Director Christine Lagarde, Interim President of World Bank Group Kristalina Georgieva, German Vice Chancellor and Federal Minister of Finance Olaf Scholz, Chairman of the US Senate Committee on Homeland Security and Governmental Affairs Ron Johnson, and Chief Economic Advisor of Allianz SE Mohamed A. El-Erian. It was moderated by the President of World Economic Forum, Borge Brende. 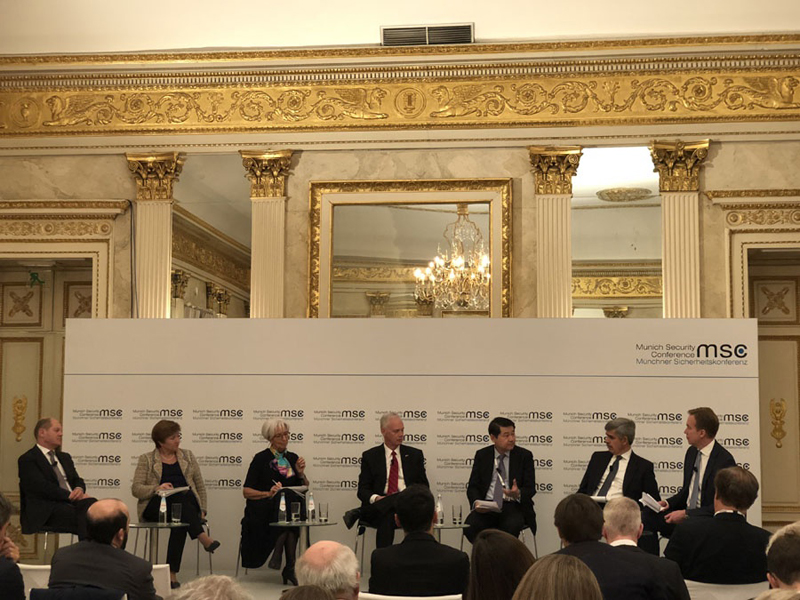 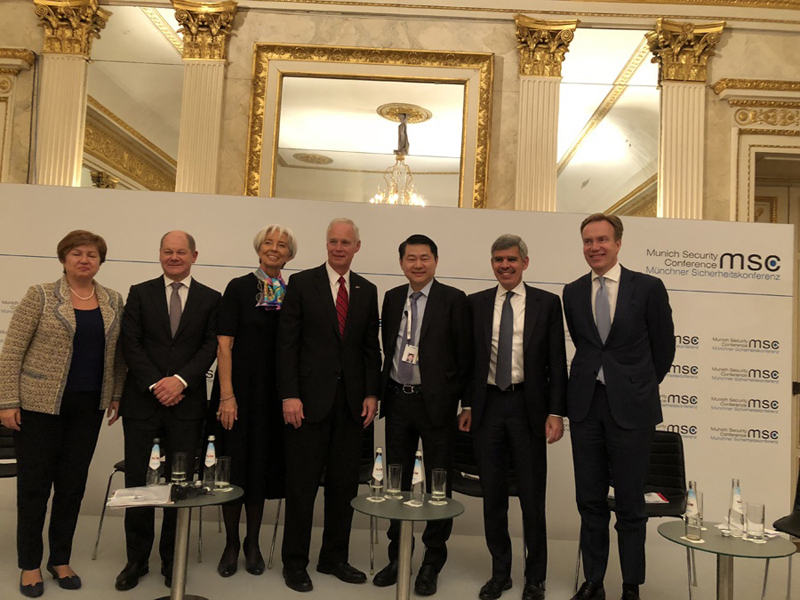 The panel discussion focused on international trade, economy and national security, looking into prominent issues such as escalating trade tensions and their impact on multilateral cooperation. The panelists, including Dr. Wang, shared their insights and put forward potential means to maintain the multilateral trading system and global economic cooperation. 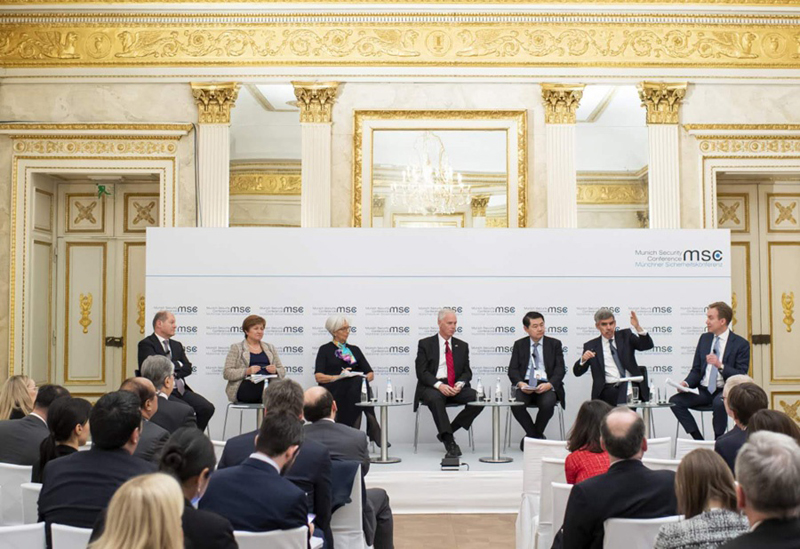 “The rise of China is serving the interests of the region, and I think the model of the AIIB, with 93 members, is a good example of how China can work with the rest of the world. And the World Bank including United Nations, IMF have signed a memorandum with China on the Belt and Road so I think that could be strengthened again,” said Dr. Wang of China’s increasingly important role in building a new multilateral order.

As a non-governmental partner of the 2019 Munich Security Conference, CCG held a luncheon meeting on Feb. 16, bringing together over 20 think tank scholars and experts for a discussion on the topic of “Belted? China, Europe, and the 16+1 Cooperation.” This is the first time for a Chinese organization to host an official MSC side event. 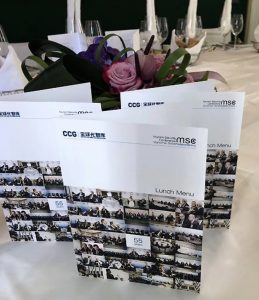 The event comes just as China is preparing for the 2nd “Belt and Road” Initiative International Cooperation Summit Forum in Beijing. The integration of “16+1” cooperation in the BRI can provide a new driving force and impetus for China to push forward globalization. Meanwhile, it will also bring new opportunities to central and eastern European countries and build a platform to strengthen the bilateral cooperation in infrastructure, telecommunications, and trade.

At the event, CCG presented the latest research on the “Belt and Road” Initiative and provided an opportunity for participating government officials, international organization representatives, scholars and business leaders to exchange their views and discuss future engagement on this subject. Those present included: Kai Beckmann, CEO for the Performance Materials at Merck KGaA; Prof. Jason Bordoff, Director of Center on Global Energy Policy at the Columbia University; Oleg V. Deripaska, founder of Basic Element; William Drozdiak, senior advisor for Europe with McLarty Associates; Dr.Srgjan Kerim, former Foreign Minister and President of the 62nd Session of the UN General Assembly; Frank Pieke, Director of the Mercator Institute for China Studies (MERICS);and Livio Vanghetti, Vice President for Global Partnership at the Philip Morris International. Through discussions on how China and Europe can maintain their common security and interests, how they can expand trade and investment relations within the “16+1” cooperation framework, members contributed ideas to push forward the future development of BRI engagement. 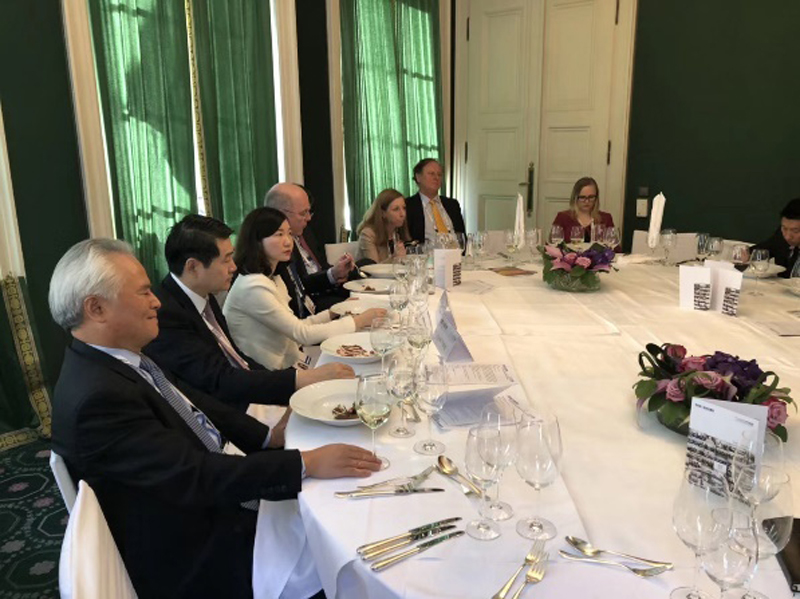 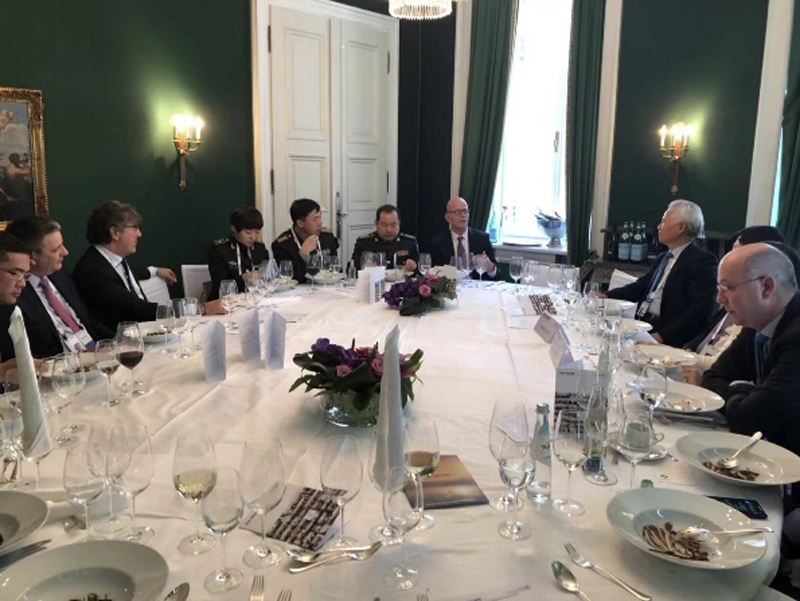 During the MSC, CCG President Wang Huiyao and Secretary General Miao Lu, also met with a number of prestigious policymakers and leading figures such as former US Secretary of State Adeleine Jana Korbel Albright and IMF Managing Director Christine Lagarde. They were invited to meet with Annegret Kramp-Karrenbauer, the new leader of German CDU party succeeding Angela Merkel, with whom they introduced China’s policies supporting opening-up and free trade and exchanged views with her on the prospect of developing the China-German economic relationship. 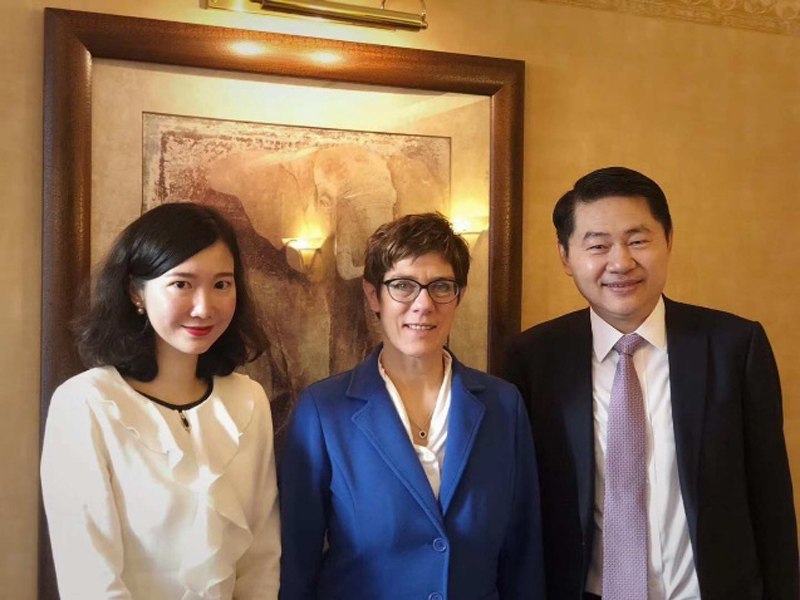 With Annegret Kramp-Karrenbauer, Leader of the Christian Democratic Union 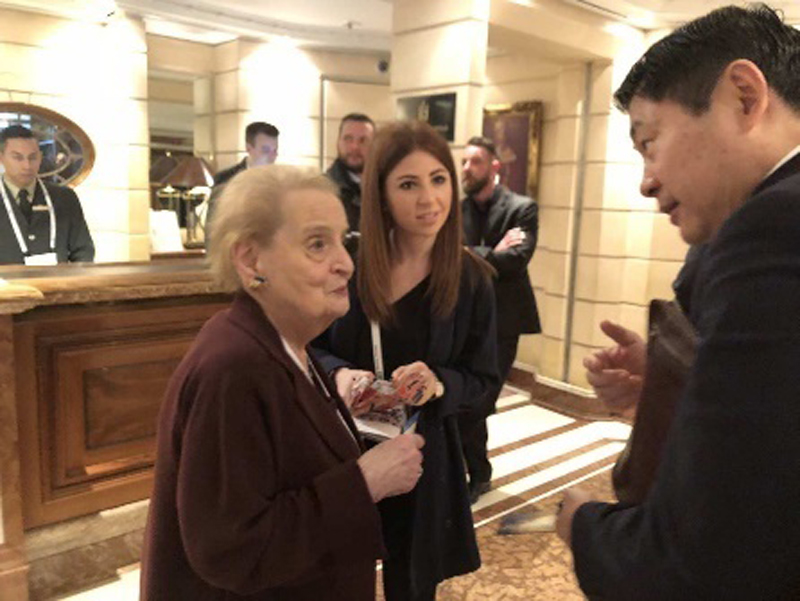 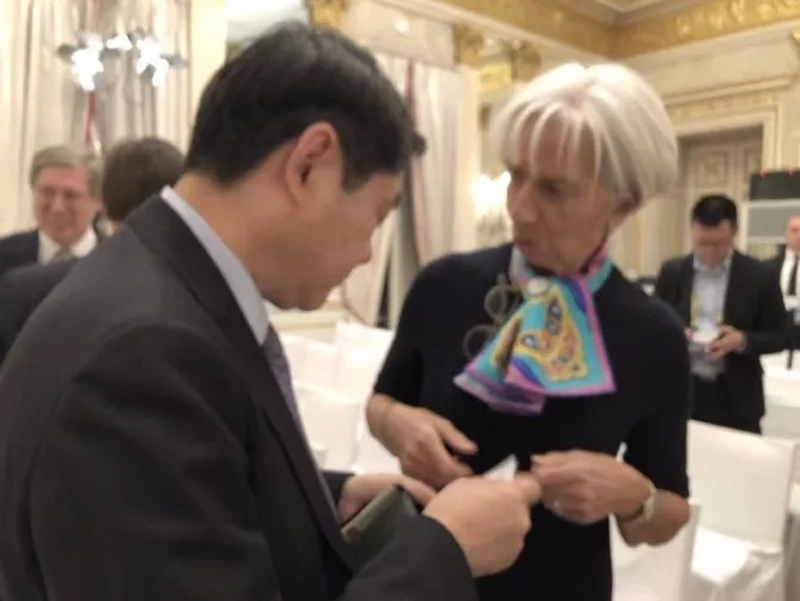 With Christine Lagarde, Chairwoman of the International Monetary Fund 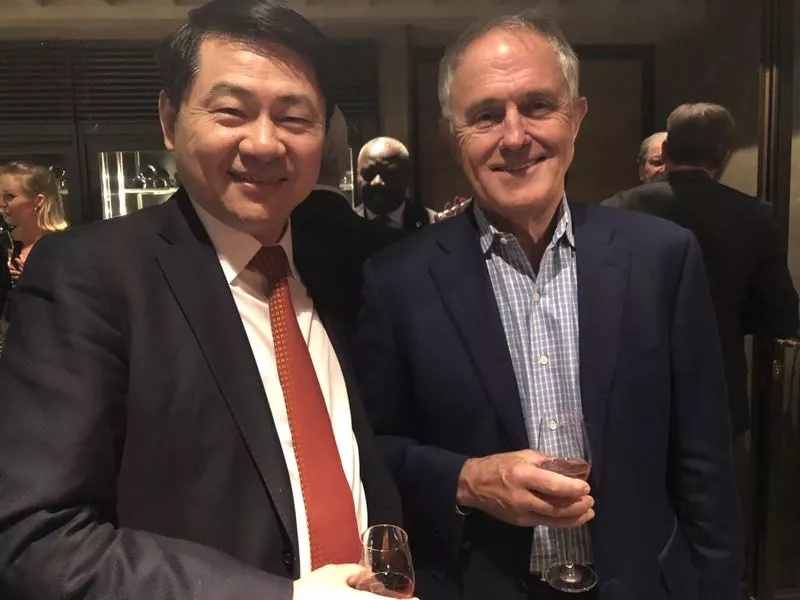 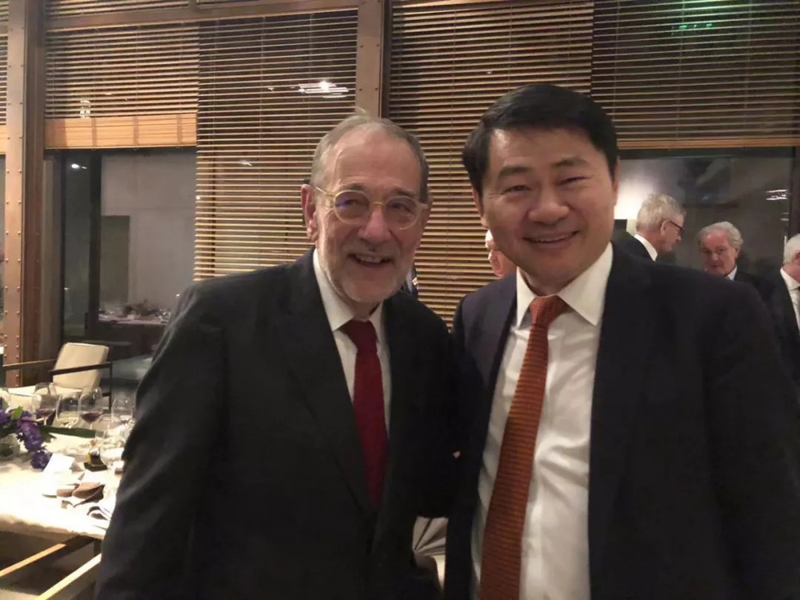 With Javier Solana Madariaga, Former Secretary General of the Council of the European Union

Through an MSC YouTube interview, CCG was also connected to the global general public interested in the MSC, Dr. Wang introduced China’s efforts in deepening engagement in global affairs and better communicating China’s story with people around the world. 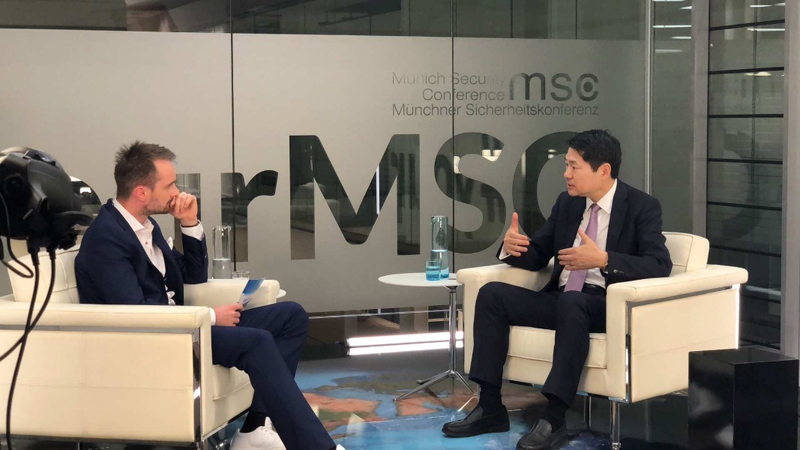 During the MSC, CCG also participated in several other seminars related to China, including a report release ceremony by International Institute for Strategic Studies Press Briefing Room; a seminar on conflict resolution in the South China Sea by the Centre of Excellence for Operations in Confined and Shallow Waters; a gala event on China’s rise and transatlantic alliance by Potsdam Foundation; a seminar on China’s pursuit for advanced technology by International Institute for Strategic Studies and the Mercator Institute for China Studies; a press conference held by Eurasia Group; a discussion co-hosted by International Democrat Union and the International Republican Institute about China’s growing influence and the response to global challenges; and a seminar on Belt and Road Initiative and Europe by Japan Institute of International Affairs. By intensively participating in the discussion of all China-related issues, CCG contributed its insight and perspectives that helped international community better understanding China and China’s role in the construction of a new international order.