On May 9th at 7am Beijing time, the world-renowned TV debate platform, Munk Debates, held its first debate of 2019 in front of an audience of 3,000 spectators in Roy Thomson Hall, Toronto, Canada. Dr. Wang Huiyao, Founder and President of the Center for China and Globalization (CCG), was invited to participate in this debate with three other leading international thinkers, where they debated the resolution: “Is China a threat to the liberal international order?” 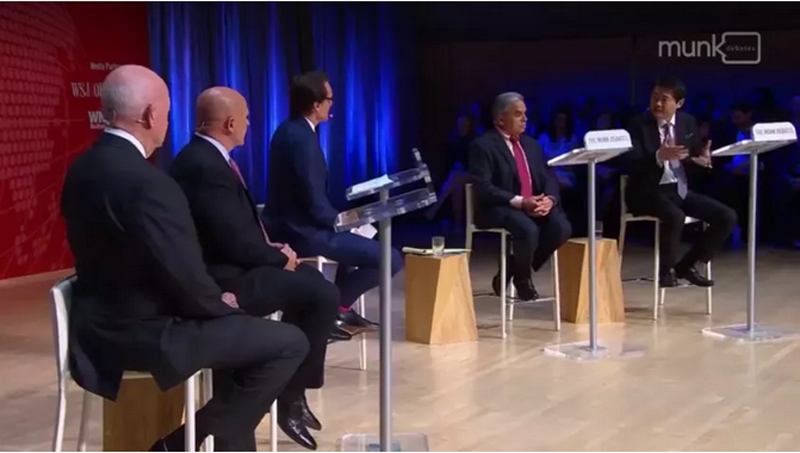 The Munk Debates were founded by Peter Munk, a well-known Canadian entrepreneur and philanthropist, and his wife Melanie Munk in 2008. The Munk Debates typically involve two teams of speakers who present the strongest argument in favor of their side of the resolution, with results decided by the change in audience support for either side of the resolution once the debate has finished. Past participants include Henry Kissinger, Justin Trudeau, Glenn Greenwald, Paul Krugman, Fareed Zakaria, Tony Blair, Christopher Hitchens and Larry Summers, among others. 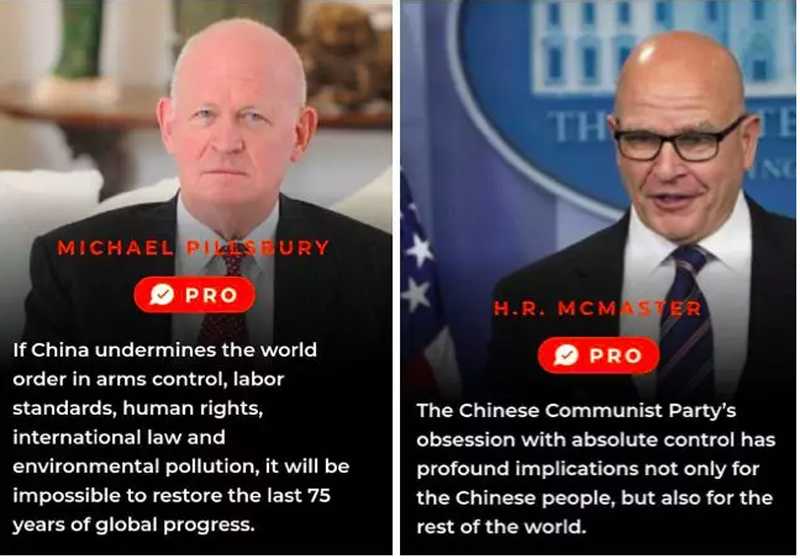 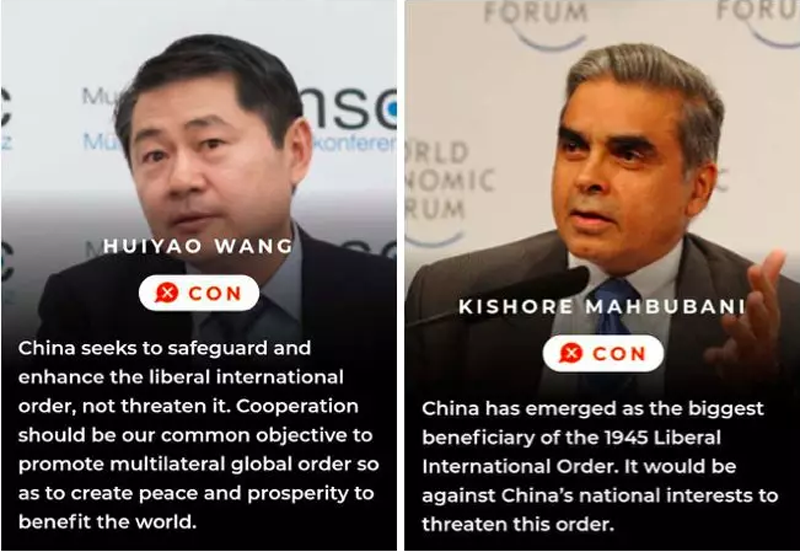 Munk Debate resolutions seek to address the most-pressing social and political issues impacting the world, gathering leading thinkers and top experts to present the best case for their position. During the current period of tension between the U.S. and China as well as the impact this has had on bilateral relations with Canada, the con side of this debate faced a tough challenge convincing the audience to support their position.

Dr. Wang was joined on the con side of the debate by former President of the United Nations Security Council and Singaporean diplomat, current senior adviser and professor at the National University of Singapore, Professor Kishore Mahbubani. Dr. Wang and Professor Mahbubani faced opposition in this debate from Michael Pillsbury, Director for Chinese Strategy at the Hudson Institute and current adviser to the Trump administration on China, and H. R. McMaster, former National Security Adviser to the Trump administration and retired US Army general.

The 3,000 person audience gathered in Roy Thomson Hall witnessed a heated debate on critical issues of great relevance for the current global situation, which shed light on how China’s rise can be imagined from different perspectives. Post-debate audience voting results show Dr. Wang and Professor Mahbubani’s argument won a narrow victory, with their side of the resolution gaining 2% more audience members to support their side during the course of the debate. 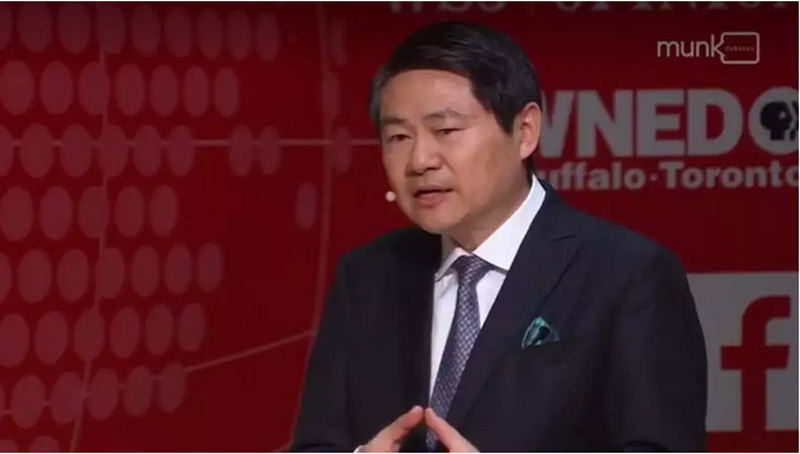 The argument put forward by Dr. Wang focused initially on the huge benefits China has reaped from its engagement and integration into the liberal international order. By joining international institutions such as the IMF, WTO, World Bank, China was able to achieve immense economic growth, bringing over 900 million people out of poverty and establishing itself as the second largest economy in the world. 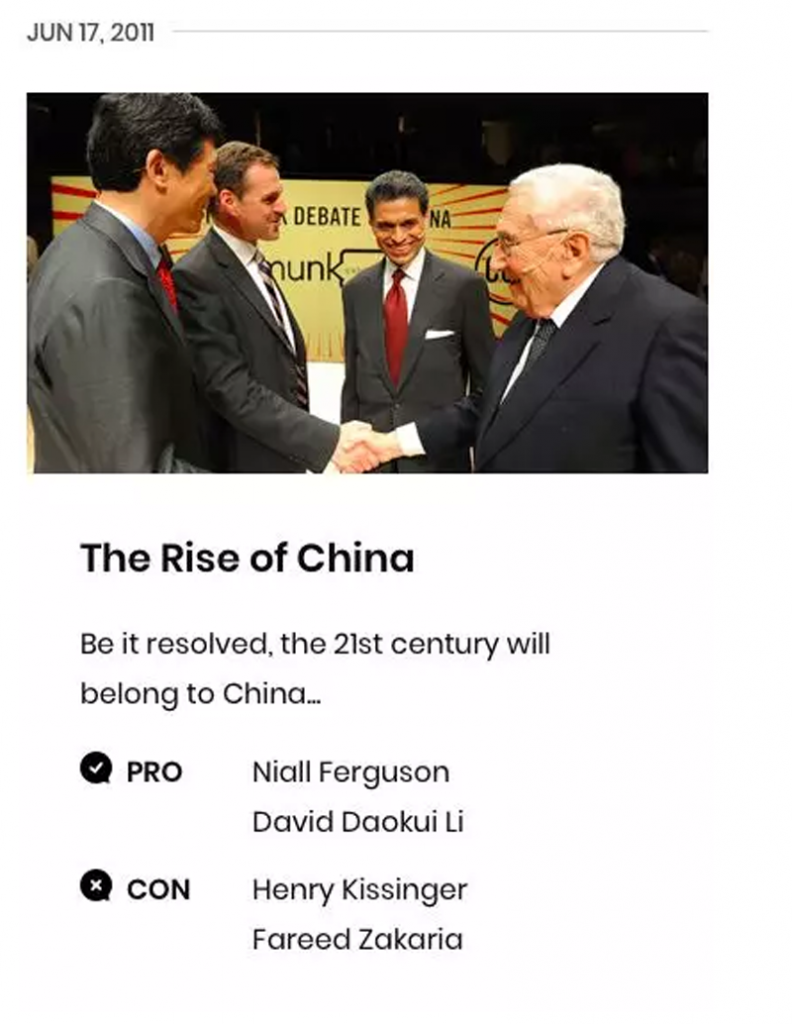 The Munk Debate, as a well-known debate platform among western audiences, provides the opportunity for leading thinkers to debate issues of global significance. Dr. Wang’s participation in this debate not only enabled him to voice a Chinese perspective but also an example of Chinese participation in liberal international engagement.

The last Munk Debate that had a China-related resolution was held in 2011. It saw Niall Ferguson, Harvard professor and world renowned academic, and David Daokui Li, director of the Center for China in the World Economy at Tsinghua University, take on veteran diplomat Henry Kissinger and political commentator Fareed Zakaria, on the resolution “The 21st century will belong to China.”